About Our Charlotte Law Firm 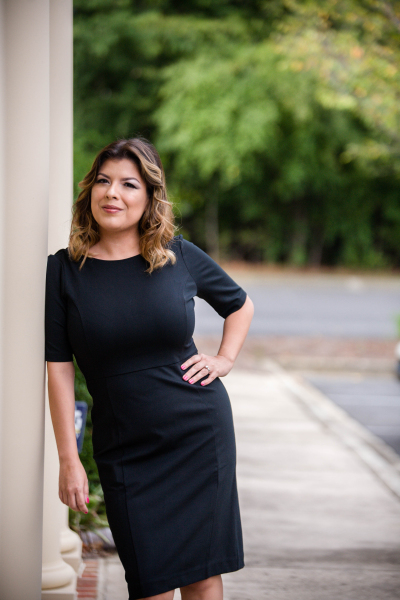 Maria Ximena Sussman, owner and managing attorney at Sussman Law Firm, received her B.S. in Political Science and Criminal Justice in 2004 from East Carolina University. In 2007, she pursued an MBA with an emphasis in Accounting at Winthrop University. After working as a litigation-certified paralegal for two prominent law firms in Charlotte, she decided to fulfill one of her childhood dreams and joined the Charlotte-Mecklenburg Police Department as a police officer. After spending some years on patrol, she decided to fulfill another childhood dream, which was to one day become a lawyer.

A native of Guatemala, Maria is fluent in English and Spanish. She came to the United States as a child and she has called the Queen City her home ever since. Maria’s love for helping people is evident in her background in public service and is also felt by every client in need. Maria is married, has four children, and attends Carmel Baptist Church. She enjoys reading and spending time with family and friends. 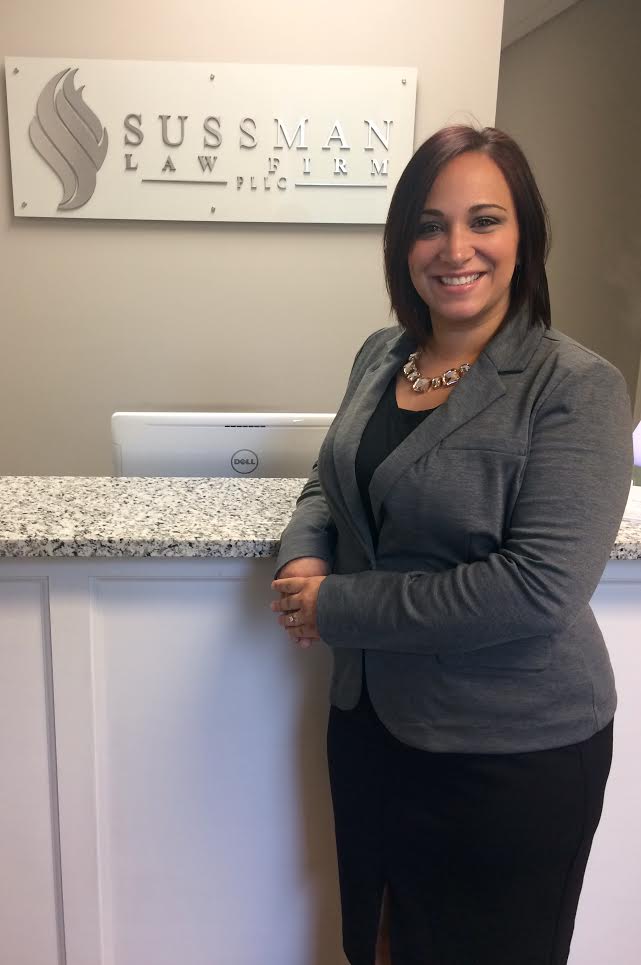 Jasmin Rivera was raised in Tampa, Florida by her Puerto Rican parents. Jasmin attended Gulf Coast College, where she received an Associate of Science in Medical Assisting. She worked as a medical assistant in the Tampa area for eight years. She moved to Charlotte in 2015 to help her former youth pastors open a bilingual church. Jasmin is excited to begin her career in the legal field at our Charlotte law firm where she can continue to reach and help people in a different way. Her easy-going spirit and passion for people are evident day after day. Jasmin is also a North Carolina Notary Public.

Jasmin is married to a firefighter and has three small children. She is active in her church and in community outreach. When she is not at our Charlotte law firm, she loves spending time with her family, hiking and sightseeing the beautiful views of North Carolina. 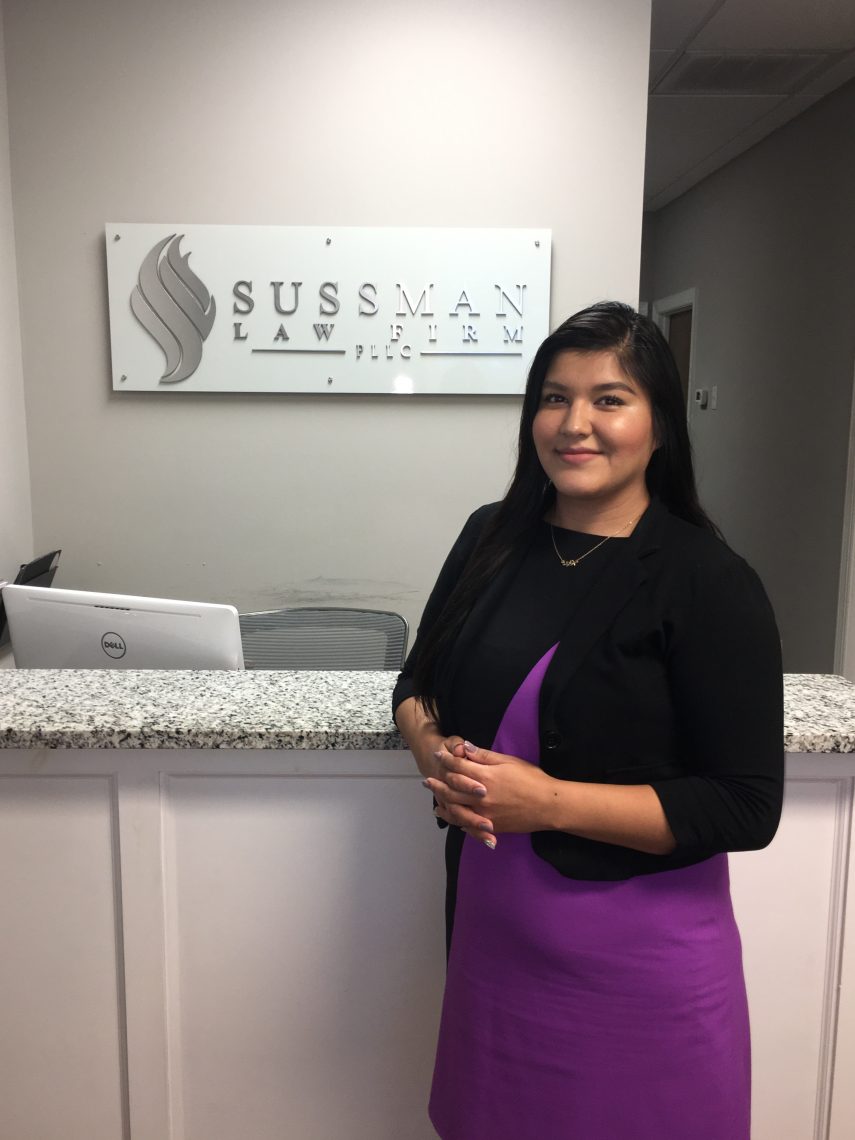 Alma Delia Martinez was born in Mexico and brought to the United States at the age of eight to further and better her education and way of life. Alma lived in a small town in Indiana from then until after high school graduation.

Alma recently moved to North Carolina, where she is very excited to begin her career in the legal field and joined our Charlotte law firm team. She aspires to one day be a great paralegal and by working at Sussman Law Firm, she knows that will bring her closer to achieving her dreams. Her daily goal is to reach and help people in different ways, as she has always had a passion for helping others. In fact, Alma recalls translating for people in her community from a very young age. Alma also tutored children and readily volunteered at her church.

Alma loves to read, especially Nicholas Spark books. She is the proud mother of a little girl who has changed her life for the better. 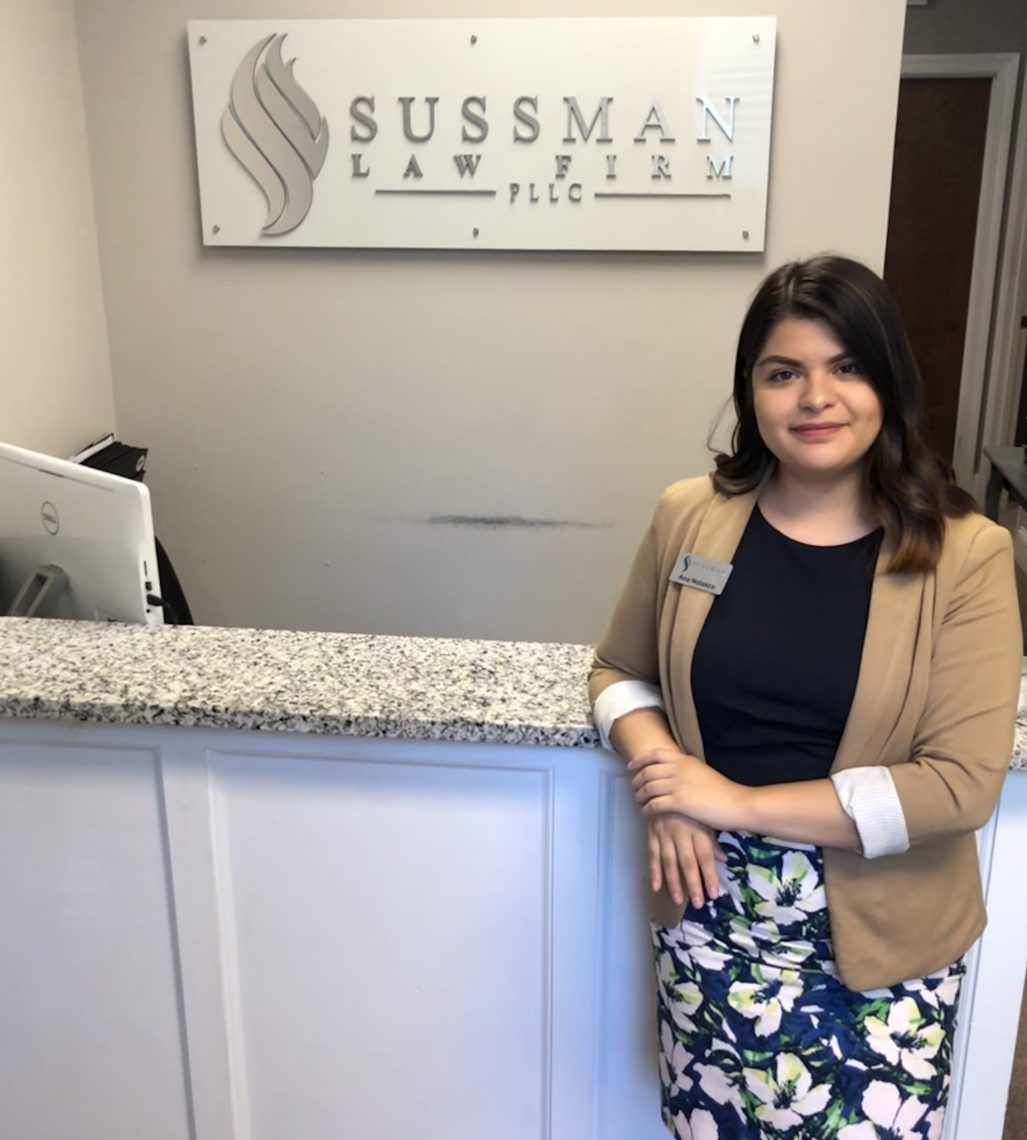 Raised in Monroe, North Carolina, Ana Nolasco attended all local schools and graduated from Sun Valley High School. Once married, she moved to Fayetteville, North Carolina to support her husband while he served in the military. In 2019, Ana moved back to her hometown to raise her daughter and be closer to family.

Ana’s daily goal at Sussman Law Firm in Charlotte is to welcome clients and make them feel like family. This comes easy to Ana, as her personality is warm, affectionate, and fun. Her smile comes through on the phone and is encouraging to so many people in need of legal help. 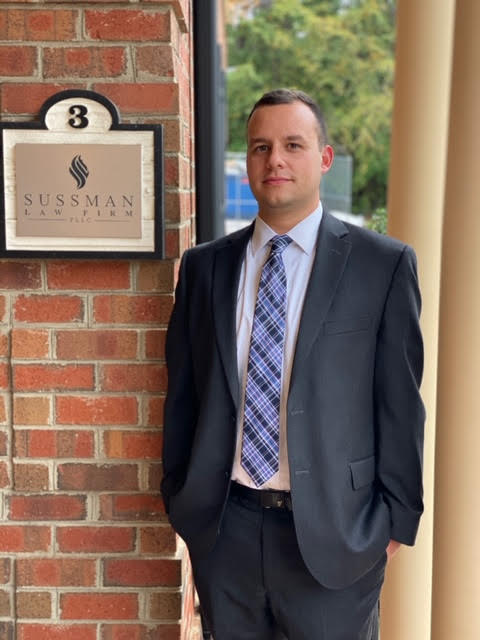 Alexander worked at a family law firm in downtown Charlotte after being admitted and opened his own practice in 2016. While running his practice he was able to help successfully steer numerous family cases through litigation and alternative dispute resolution. He has since brought his result-driven experience, as well as love for the courtroom, to Sussman Law Firm, PLLC as an associate attorney.

A native of a small Midwestern town in Ohio, Alexander was raised by two lawyers and has been entrenched in the law for his whole life. Alexander is an avid tennis player, lifelong Ohio State Buckeyes supporter, and supporter of several local organizations through volunteering and pro bono work.

Are you in need of a skilled legal team? Get in touch with our attorney in Charlotte today.