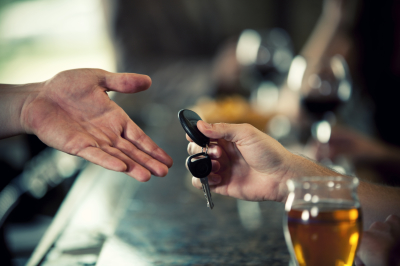 We’ve all watched “COPS” on television, right?  What does every drunk person say to the police when asked how much they’ve had to drink?  “I swear, ossifer, I only had two beers!”  Ask any police officer you may know, and they’ll tell you the same.  But what happens when you’re an Olympic athlete, and you fail your drug test because of alcohol?  That’s exactly what happened to Hans-Gunnar Liljenwall in the 1968 Summer Olympic Games in Mexico City.
Liljenwall was a pentathlete with the Swedish team, and a few hours before showing up for the shooting portion of the pentathlon he apparently decided to quench his thirst with a couple of beers.  Only problem was, alcohol was one of the substances on the Banned Substance List, established by the International Olympic Committee, and that was the year that they started blood-testing all the athletes.  Liljenwall and his team went on to take the Bronze Medal in the pentathlon that day…that is, until the results of the blood test came back.  If you check the record books, France took the Bronze that year, because the Swedes were disqualified from that event once Liljenwall’s test results came back, and they were stripped of their medal. We imagine that Liljenwall’s excuse of only having had two beers didn’t do much to sooth the ire of his teammates.
On the streets and highways of North Carolina, just as in the Olympic Games, telling the authorities you only had “two beers” will never convince them of your innocence.  If they form the opinion that you are impaired, and feel that they have probable cause to believe you were operating a motor vehicle while impaired, you WILL be arrested and charged with DWI.
Here at Sussman Law Firm, we firmly believe that the best medicine is prevention.  As such, we strongly urge everyone to never drive after drinking and to use designated drivers or taxi services like Uber or Lyft.  Drunk driving is a serious issue, and results in thousands of senseless deaths each year.  However, we also know that people make mistakes.  If that happens to you, we hope you will call Sussman Law Firm, or click over to www.sussmanlawfirmpllc.com, where results and clients always matter!

For your reading pleasure.